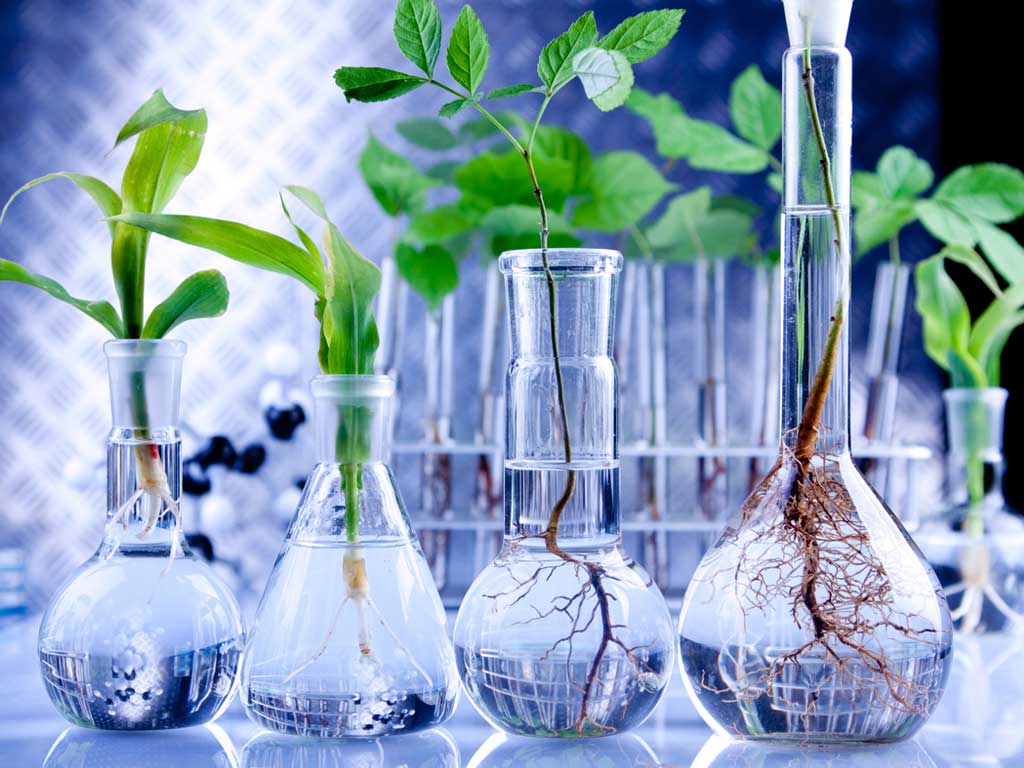 Welcome back!  Let’s keep discussing the different categories of hydroponics.  If you haven’t read our Foundation of Hydroponics article, check it out first, then meet back here.  Just to recap, the first category that is used to classify hydroponic systems is called the Class of Hydroponics, and it describes how plant roots are supported in a system.  We already talked about agroponics as well as aeroponics.

Aquaponics describes a hydroponic system in which plant roots are immersed and suspended in an aerated, nutrient-rich solution.  The solution must be aerated because roots need oxygen to survive and grow.  Have you ever kept a houseplant in a pot with no holes?  A plant cannot survive this way, because it’s deprived of essential oxygen.  Holes in a pot allow oxygen into the soil; without holes in the pot, the space between the soil particles gets filled with water, and the plant essentially drowns.

Deep-water culture is a classic example of aquaponics.  In a deep-water culture system, a container is filled with nutrient solution and oxygen is added to it, typically through the use of an air stone and air pump.  The container can be as small as a five-gallon bucket, or as big as an entire greenhouse.  Plants are usually inserted into holes in polystyrene or plastic sheets that float on the surface of the water.  Roots grow down through the rockwool and are suspended in the container.

Nutrient Film Technique (NFT) is another commonly used example of aquaponics.  In an NFT system, plants are grown in a gutter-type chamber and roots are suspended inside the gutter.  A film of nutrient-solution constantly passes over the roots, but it’s only about ¼” deep, thus the “Film” part of its name.  Oxygen is always being pulled into the solution from the air because the solution is always moving.

I would like to take a second to note the problems with these types of systems.  Deep-water culture and NFT work just fine under normal circumstances.  However, if there is a power failure, plants will do poorly.  If no electricity is reaching the air pump that provides oxygen to the nutrient solution, then the plants will die from lack of oxygen and too much water.  The opposite is true for NFT, because if the power is cut on an NFT system, the nutrient solution stops flowing and plant roots dry out very quickly.  This is one reason why we believe that agroponics and the EzGro towers are the way to go.

Types of Plants in Aquaponic Systems

The type of plants that can grow in aquaponics is very similar to the plant list for aeroponics, because neither type of system provides much support for the plants.  The only support a plant receives from an aquaponic system is above the root zone.  Support comes from the floating tray that the plant is inserted into. Shorter plants like leafy greens and short herbs may be grown in this type of setup.  Taller herbs like basil and rosemary can be grown as long as they are harvested frequently or supported from above.  Root vegetables will definitely not work, because they need pressure on the root-zone from a media to form the edible root.  Fruit trees are much too large for aquaponics.  Vine crops like tomatoes and cucumbers could be grown as long as there was a substantial support system in place.

Think back to the Foundation of Hydroponics article, where we outlined a different category of hydroponics, Nutrient Derivations.  We talked about the term aquaculture, which is fish farming.  The aquaponics system you were thinking of before reading this article uses waste from freshwater aquaculture as the source of nutrients for the plants.  If fish are grown in an aquaculture tank, there is usually a separate tank or container to grow the plants.  This is for the simple reason that fish, especially tilapia, tend to nibble on roots if they have easy access to them. Keep in mind that you have less control over the nutrient solution with aquaculture.  When fish are small, the amount of nutrients (ahem, fish waste) they produce is small compared to the amount needed to support most plants.  If crops don’t receive the proper amount of nutrients, they may become chlorotic, or turn yellow.  Plants that don’t receive proper nutrition become more susceptible to pests and disease.  Another thing to consider is that iron may need to be added to the system, as this is the only element not produced by the fish.

Hydroponic nutrients, or nutrient solutions made from concentrated minerals, can certainly be used.  If nutrient levels and pH are properly maintained, plants can thrive in aquaponic systems.

Aquaponic systems can be great, but they just don’t provide the same versatility as media-based systems.  We still prefer good, old-fashioned agroponics any day.