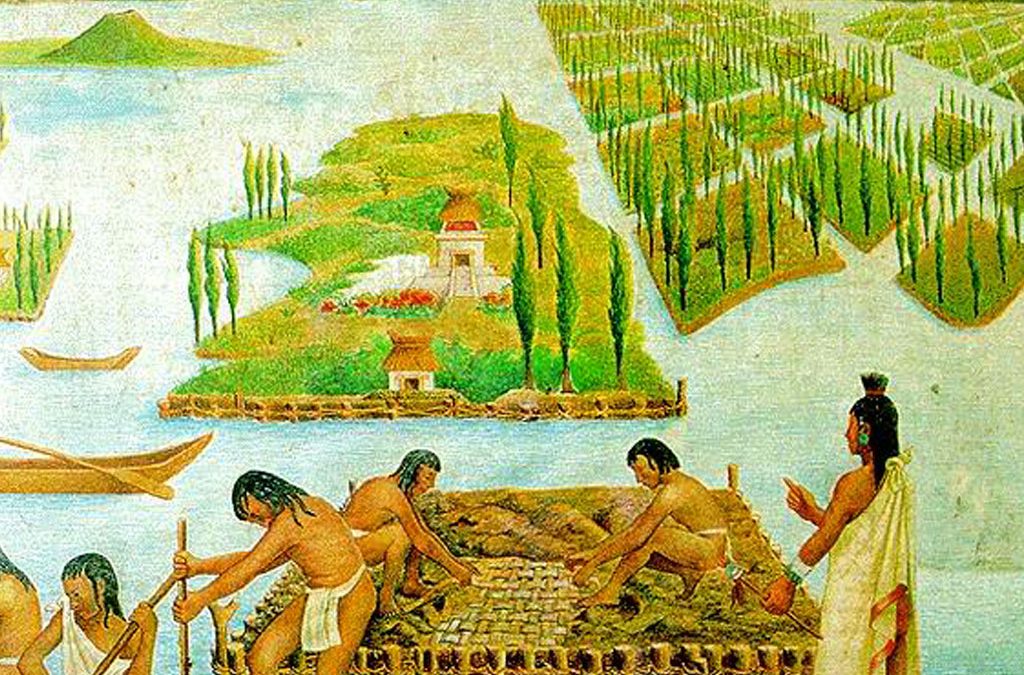 The History of Hydroponics

Hydroponics basically means working water (“hydro” means “water” and “ponos” means “labor”). Many different civilizations have utilized hydroponic growing techniques throughout history. As noted in Hydroponic Food Production (Fifth Edition, Woodbridge Press, 1997, page 23) by Howard M. Resh: “The hanging gardens of Babylon, the floating gardens of the Aztecs of Mexico and those of the Chinese are examples of ‘Hydroponic’ culture. Egyptian hieroglyphic records dating back several hundred years B.C. describe the growing of plants in water.” Hydroponics is hardly a new method of growing plants. However, giant strides have been made over the years in this innovative area of agriculture.

Throughout the last century, scientists and horticulturists experimented with different methods of hydroponics. One of the potential applications of hydroponics that drove research was for growing fresh produce in non arable areas of the world. It is a simple fact that some people cannot grow in the soil in their area (if there is even any soil at all). This application of hydroponics was used during World War II. Troops stationed on non arable islands in the Pacific were supplied with fresh produce grown in locally established hydroponic systems.

Later in the century, hydroponics was integrated into the space program. As NASA considered the practicalities of locating a society on another planet or the Earth’s moon, hydroponics easily fit into their sustainability plans. This research is ongoing. But by the 1970s, it wasn’t just scientists and analysts who were involved in hydroponics. Traditional farmers and eager hobbyists began to be attracted to the virtues of hydroponic growing. A few of the positive aspects of hydroponics include:
• The ability to produce higher yields than traditional, soil-based agriculture.
• Allowing food to be grown and consumed in areas of the world that cannot support crops in the soil.
• Eliminating the need for massive pesticide use (considering most pests live in the soil), effectively making our air, water, soil, and food cleaner.

Commercial growers are flocking to hydroponics like never before. The ideals surrounding these growing techniques touch on subjects that most people care about, such as helping end world hunger and making the world cleaner. In addition to the extensive research that is going on, everyday people from all over the world have been building (or purchasing) their own systems to grow great-tasting, fresh food for their family and friends. Educators are realizing the amazing applications that hydroponics can have in the classroom. And ambitious individuals are striving to make their dreams come true by making their living in their backyard greenhouse, selling their produce to local markets and restaurants.

And now that so many people from so many different walks of life are involved in hydroponics and its associated disciplines (such as agroponics, aeroponics and aquaponics), progress is coming faster than ever before.