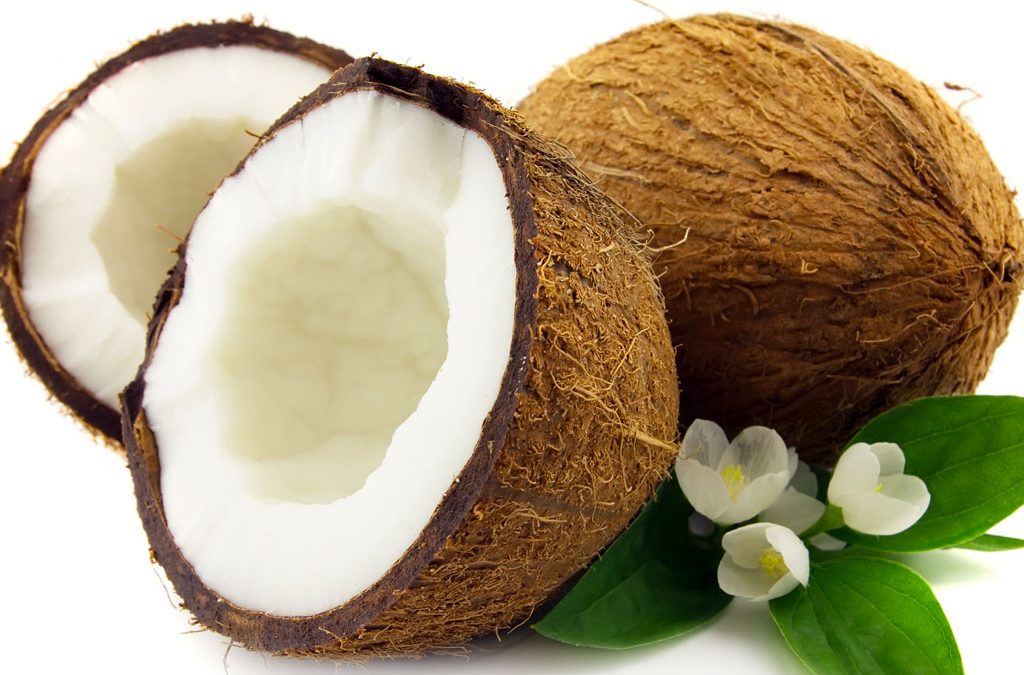 Coconut coir is a widely available growing medium that is becoming quite popular.  Coconut coir is made from the husk of the coconut, which is often considered a byproduct when coconut is used in other industries. Coconut husk is processed to produce fibrous material for use as a growing medium, and is noted for its exceptional water-absorption and water-holding capability.

Coconut coir, fiber made out of coconut shells, has been used in different parts of the world for many years. It was used by ancient civilizations to make twine, mats and brooms, and was even used as a growing medium for plants in ancient India and China.  Westerners caught on relatively late; people didn’t begin to use it as a growing medium again until the late 1980’s.  In the early 1990’s word began to spread about its benefits, and commercial growers began to use it.  Since then, its use has steadily increased in home gardening, vegetable and flower production, and also in the hydroponics industry.

Coconut coir is one of the most versatile materials that has ever been extracted from nature.  The coir is actually produced by processing the coconut husk and taking out the long fibers.  The husk is broken down into its fiber pith and dust.  The number of ways it is used has increased exponentially in the last few decades, and if you’ve ever worked with the material it is easy to see why.  Today, coconut coir is used to make everything from doormats to rubberized coir mattresses, decorative rugs, garden supplies and growing medium.  It is used in the pet trade for animal enclosures because of its excellent water-holding capabilities.  It is a natural product, and it has many more positive features that make it an ideal choice for modern soil less growing systems.

Coconut coir is an excellent choice for commercial growers and hobbyists alike.  Its use as a growing medium outperforms other substrates used for growing vegetables, herbs, and even ornamental plants.  It is quickly becoming the # 1 preferred media in both hydroponic and organic culture, and for good reason.  Its soft structure promotes superb root penetration and healthy growth.  Coco coir is also 100% environmentally friendly!  It is produced from a sustainable source (coconuts), and nothing is extracted from the ground or mined to produce it.  Coco coir has the best physical and chemical properties to promote healthy plant growth.

Coconut coir is available in disks, bricks, or blocks. Simply break the blocks or bricks into smaller pieces so they are easier to use.

Soak these broken coir blocks (smaller pieces) in water for a few hours so it has time to rehydrate.

There are many untreated coconut coir products available on the market, and a few that are already treated.  For those untreated products, after soaking, add additional good quality water and let stand for a few hours.  This will bring out the excesses of sodium and chloride in the solution.  Drain the coconut coir in order to get rid of the excess sodium and chloride.  It is now ready to use in containers or in bags for better growth of any kind of plants.

Coconut coir can be reused in gardens as compost after plants have been removed from it.

There are many advantages of coconut coir.  It can be used alone or mixed with other media such as perlite for a super lightweight, effective medium.  By using coconut coir, you minimize your chances of over or under watering plants because of its excellent water holding capacity.  Once it is filled in bags, coconut coir can last up to three to four years.  The space between the coconut coir fibers is filled 60% with water and 40% with air, making it an ideal choice for water absorption as well as oxygen exchange.  Try coconut coir when you pot your next plant and see for yourself!