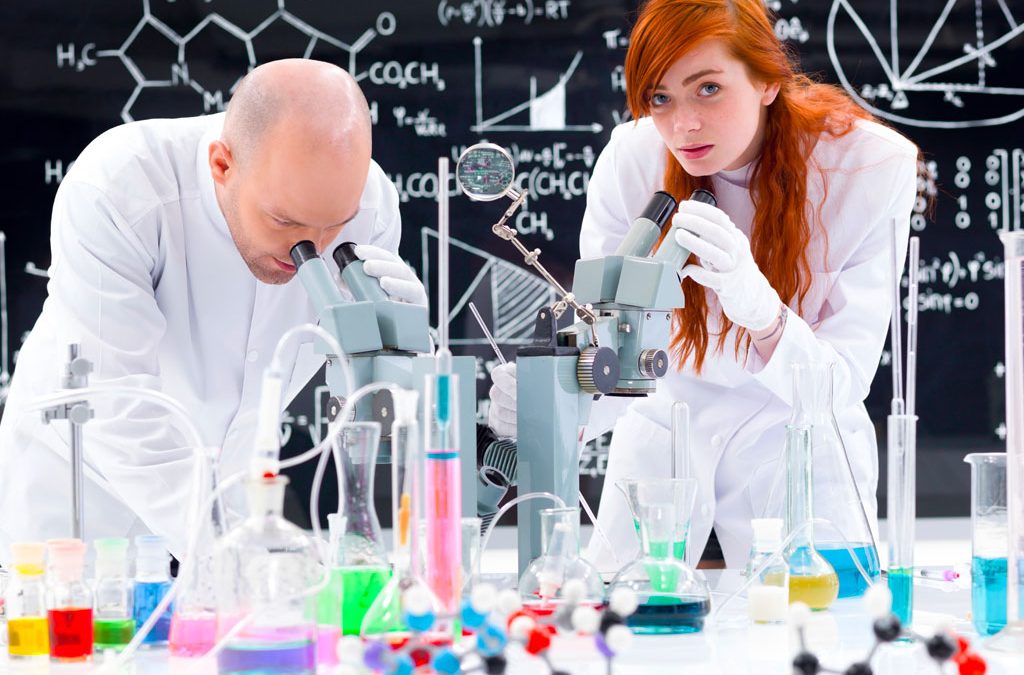 Polystyrene most commonly known as Styrofoam has many problematic features when employed in an agricultural setting.
High-density Polyethylene also known as HDPE has many superior attributes.

Styrofoam is produced as small beads that are then heat fused to one another. This method of production leads to an innate variability in the end product. Even tightly controlled manufacturing methods can have inconsistent outcomes, especially as the thickness of the Styrofoam shell increases. This has been seen to occur when there are gaps in the styrofoam structure where the beads did not pack tightly. These low densities of beads made a very brittle part of an otherwise consistent structure that would have never been discovered except for the crumbling of the area when you try to pick it up.

Because of the method for Styrofoam production, there are paths for fluids to leak in and through the structure of the Styrofoam. This creates a reservoir for diseases, viruses and chemicals that cannot be effectively sterilized or cleaned once contamination occurs. This was seen when shipping shrimp heads for a fertilizer production experiment. The fluids leaked through the styrofoam cooler and the smell was impossible to remove because it was within the structure of the styrofoam.
HDPE has no internal porous structure that can be penetrated, so it can always be sterilized and cleaned to “like new” condition without removing any of the surface material. This means that repeated cycles of cleaning do not cause a wearing away of the material.

Styrofoam flows if exposed to temperatures of 100ºC (boiling point). This makes cleaning or sterilization by hot water or steam impractical. Because heat is one of the few methods of sterilization that can be used in organic systems, Styrofoam is impractical for any equipment used organically. HDPE can be steam cleaned or sterilized with great ease; the surface is non-stick, so any particles adhering flake off with relatively little pressure. Attempting to clean Styrofoam with pressurized water will lead to particles being pushed deeper into the porous matrix.
Thermal treatments are among the most effective ways to prevent disease and clean equipment. Taking a tool like steam sterilization away from the grower means limiting their reuse of the soil year to year. If a soil were contaminated with bits of Styrofoam and were then treated with steam, it would be judged that the soil had had a synthetic additive incorporated. An organic inspector should not allow this soil to be reused after steaming because some of the styrofoam components have infused into the soil.

Steam treatments on HDPE and soil are quite effective. This offers a great deal of flexibility for cleaning pots from season to season. Even within a growing season, if a pot gets infested with disease, it can be steam sterilized in place and replanted without changing the soil. Most operations have spare transplants that they carry through the beginning of the season to prevent “blank spots”. Replanting in a spot where a plant has just died makes economic sense if the plant dies in an accident like an errant boot. Replanting in more suspicious circumstances is often a way to spread and nurture disease organisms. Nothing is more effective at breeding aggressive diseases than adding a new victim on top of the corpse of the last victim.
If pots are steam sterilized, there is no need to do anything but pull out the old, cooked plant and put a new one in along with a probiotic. Steam is unique because it kills without destroying structure or nutrient content of the medium (AKA soil). It also leaves no residue, and does not cause conflict with the organic standards. Due to the properties of styrofoam you are unable to steam clean it which makes it impractical to use.

Styrofoam is subject to chemical attack by a variety of solvents. Because of the “puffy” and channel-filled structure of the Styrofoam, any nonpolar solvent can absorb in and throughout, rapidly dissolving the polymer into liquid goo. You may have experienced this when gasoline and super glue contacted styrofoam and caused the polymer to immediately collapse. While solvents are not commonly used in agriculture, some products such as dormant oils would absorb into styrofoam and would make the surface permanently slippery with little chance for cleaning. HDPE is immune to all solvents, and will not absorb any of them into the surface. This means that cleaners and oxidizing agents can be used and then rinsed off with no residual. Once Styrofoam has been treated with a chemical or cleaner, this will continue to leach from the surface no matter how aggressively it is rinsed which makes it unusable.
For a good example of this, put chinese food leftovers into a styrofoam cup, leave it overnight, then wash it as well as you possibly can. Now put water in the cup and leave it overnight. The next day it will taste like leftovers.

Styrofoam breaks down into the small foam balls that it is made from quite easily when physically impacted. These small pieces float and are blown quite easily, so can end up very far from the point of origin. These looks like food to many animals because they resemble seeds and aquatic life. Animals that ingest sytrofoam beads can be sickened and die. Because styrofoam beads have such a low density, it is impossible to contain their drift on the wind. This means impacts on neighbors with possible liability. You can learn more of the ecological impacts of styrofoam from Tobias N. Hofer’s “Marine pollution: new research” by Nova Publishers, 2008.

Because styrofoam can be pecked apart by birds, it offers an attractive nesting material as was seen during the shuttle missions that were delayed when the foam insulation was pecked by woodpeckers.
When an animal looks for a place to nest, it wants to dig into something soft enough to tear away, but stable enough not to cave in; styrofoam is an ideal material for tunneling. The cast off bits of styrofoam provide better insulation than fur or feather. Styrofoam makes an excellent habitat for animals because it is so easy to dig through and is insulating, but it makes a poor habitat for plants. Without the daily changes in soil temperature, plants lose one of their natural “rhythms” that can trigger important generative (fruiting) responses.

Plant root mass can swell the total volume in a pot, and a root can slowly destroy the structure around drainage holes. styrofoam materials are inherently weak, and a long-term attack on the structure can succeed. Roots pulled through drain holes at the end of the year are a major cause of container failure, and the saw-like action of roots can easily flake particles of Styrofoam into the growing medium. Styrofoam has been assumed to appear in some soil mixes, it might seem to be a precedent. It is likely that styrofoam as a soil additive arose from an error where someone misunderstood what pearlite was and substituted styrofoam out of ignorance.

There has yet to be a recycling program that will accept styrofoam. The difficulty is not technical, it is economic. Foamed Styrofoam contains too few of the valuable components and has too large a volume. If recyclers take it, they must use a compactor to make its transport economically feasible. Because no recycling center has invested in this sort of compaction machine, there is usually nobody that will accept this material. It is likely you will be paying for landfill disposal by the cubic foot when these reach the end of their usable lifespan.
Solid, HDPE is very recyclable, and is usable to make virtually any shape with a melting tool as easily as a glassblower works with glass. The ubiquity of recycled HDPE means there will be someone willing to buy the material if it ever does need to be disposed of.

HDPE, especially thick HDPE structures have a very, very long lifespan. It is likely that the reuse of these pots could go to 50 or more years. The current life expectancy for HDPE pipe is at 100 years, and this is simply because there is not test data further out than this. Because of the resistance to chemical attack and the thickness of the pot that limits photo oxidation to surface layers these could be in service for several generations of growers.