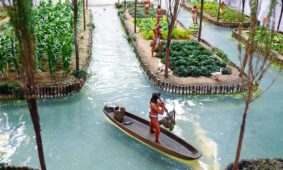 An example of hydroponic principles that were being used successfully is that of the Aztecs of Central America.  A nomadic tribe, they were driven onto the marshy shore of Lake Tenochtitlan,   located in the great central valley of what is now Mexico.  Roughly treated by their more powerful neighbors, denied any arable land, the Aztecs […] 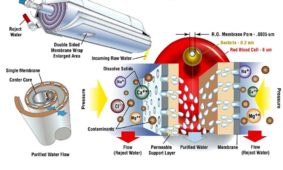 Reverse osmosis is a process of separation that uses pressure to force a highly concentrated solute through a semi-permeable membrane to a region of lower solute concentration, which leaves the solute on one side and only the solvent on the other. The image below depicts the process of Reverse Osmosis With the normal osmosis process, […]