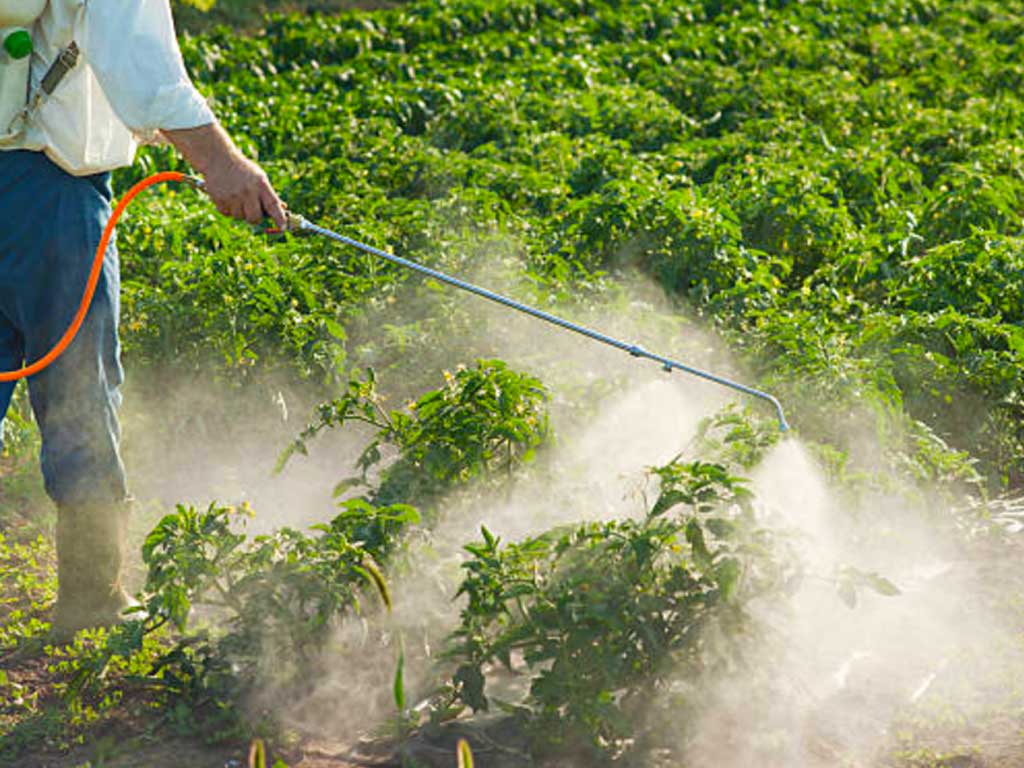 Organic Does Not Mean “No Pesticides”

Many people believe that organic produce does not contain pesticides, which is a common misconception.  In order to become certified organic, 95% of the chemicals a farm uses must be certified organic.  This means that 5% of the pesticides, fertilizer, or herbicides may be synthetic!  Organic farmers can use as much organic pesticide (pesticide that comes from natural sources) as they deem necessary, which is often more in volume that the synthetic version, in order to achieve the same effectiveness.

Just because a pesticide is derived from a natural source does not mean that it is safer than the synthetic version!  This is not the opinion of EzGro Gardens- this is scientific fact.

Did you know that more than 20 chemicals are approved for use in growing or processing organic crops?  Additionally, there are absolutely no governmental regulations on the quantity of organic pesticides that may be used in organic agriculture!  This makes sense for organic farmers, because it takes more organic pesticide to provide a similar effectiveness as the synthetic version.

One team of researchers compared an organic pesticide, rotenone-pyrethrin (both derived from plants) with a synthetic pesticide, imidan, which is considered a “soft pesticide” because it breaks down relatively quickly after application.  The study concluded that more than three times the amount of rotenone-pyrethrin is required to provide the same level of effectiveness as the imidan!  All pesticides need time to break down after application, and all leech into the soil in which the crops are growing.  Applying more pesticides only results in more agricultural runoff into rivers and streams.  Fish do not care whether a toxic substance was derived from a plant or from a chemical; they are harmed just the same.

Do you ever think about where the garbanzo beans were grown that are used in your favorite hummus?  How about the tomato you bought in Canada in January?  We’ve become so accustomed to having all foods available to us at all times that we have forgotten what the true cost of this luxury actually is.  The amount of energy and fuel necessary to ship rice from China, lettuce from Mexico, and grapes from Chile adds up to a huge carbon footprint and cost to the environment.  It is hard to believe that a can of organic beans from South America is better for the environment that buying beans from the conventional farmer down the road.

Since the Agricultural Revolution, people have been clear-cutting forests and other important animal habitats to create more space for farmland.  Whether the farming that takes place uses organic or synthetic fertilizer does not matter one bit when habitats of endangered species are destroyed.  However, we have a global population that is growing every year, and we need to grow food to feed everyone.  This is where the importance of growing crops vertically comes into play.  A tower with a stack of five pots can grow 20 plants in one square foot of space- increasing productivity of that space 20-fold compared to both conventional and organic soil farming.

There are numerous land management techniques that can be used to be better stewards of the land.  Integrated Pest Management (IPM) uses techniques to better control pests without relying solely on pesticides.  Scouting for pests, or examining plants for pests, helps growers spot pests before they become too huge a problem.  IPM also includes the use of beneficial insects, typically predators or parasites, to naturally control pests.  Beneficial insects are released into a greenhouse or on crops in a field and eat pests.  For example, just one ladybug can eat up to 60 aphids in one day!

Growing a monoculture, or a single crop in a given area, can cause a host of issues from soil infertility to increased pest problems.  Many farmers, both organic and conventional, are moving away from monoculture and are using polycultures and companion plantings to improve crops.  Crop rotation is another technique, which involves growing different plants in a given area year after year.

These techniques are now widely used by BOTH organic and conventional farmers.  Using proper land management helps improve the land on which crops are grown and keeps pest problems at a minimum.  It is important to note that organic farmers are not the only ones implementing these techniques.

As mentioned earlier, growing crops in stackable pots vertically can increase the productivity of an area of land by 20-fold.  Using hydroponics can also grow food in unused places such as rooftops, parking lots, or abandoned factories.  The nutrients used in hydroponics are concentrated minerals.  Learn more about this in the Hydroponic Nutrients article.

The only real way to know what’s in your food is to know your farmer.  Go to your local farmers markets and talk to the farmers growing food in your area.  Supporting local agriculture supports local economy and the carbon footprint of the food will be significantly smaller.