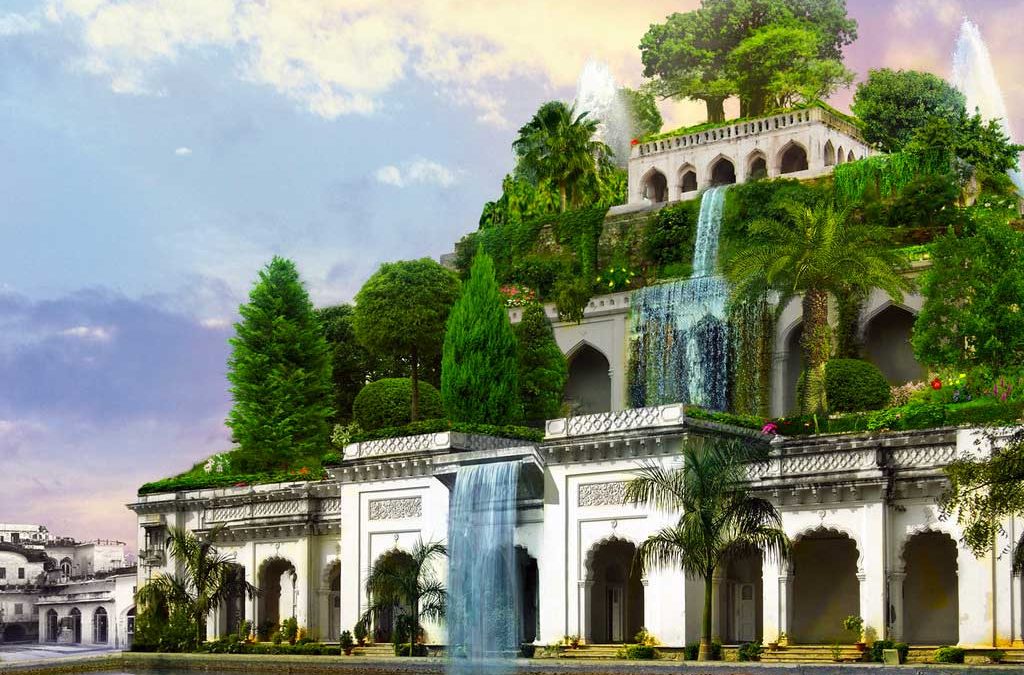 The Gardens of Babylon

Many new devices, ideas and civilizations have emerged because, “Necessity is the mother of invention”. The shortage of water and available arable land for planting crops is not a new issue. Throughout history, archaeological evidence shows us that thousands of cities have been built on land that was safe from invasion, but not necessarily ideal for agricultural use. People have been using water and rock in place of soil to support plant growth for centuries. Nebuchadnezzar, ruler of ancient Babylon during the Chilean dynasty in 600 BCE, built the hydroponically-engineered gardens in the palace courtyard located just outside of present day Baghdad, Iraq. The rumor is that he had these constructed to please his wife, Amytis of Media, because she was homesick for her childhood home in the mountain springs.

The garden climbed upward in a staircase-style that resembled a small, lush tropical mountain. According to some theories, the water was pumped from a central source at the base of the palace by a mechanism called, Archimedes’ screw. The screw is made of one continuous rotating unit located inside a cylinder. When the handle is turned, it moves water from a lower level and deposits it into a higher level. Irrigation tunnels would have dispersed the water to the rest of the gardens. Although pine pitch could have been used to extend the life of the material used to construct the screw, or as a water-proof coating, it was not necessary. Any water that leaked from one level of the screw to a lower level inside would have been scooped up by the lower level and continued to be moved along to the top of the cylinder for pouring. There have been other discoveries of Archimedes’ screw found as far north as Sweden.