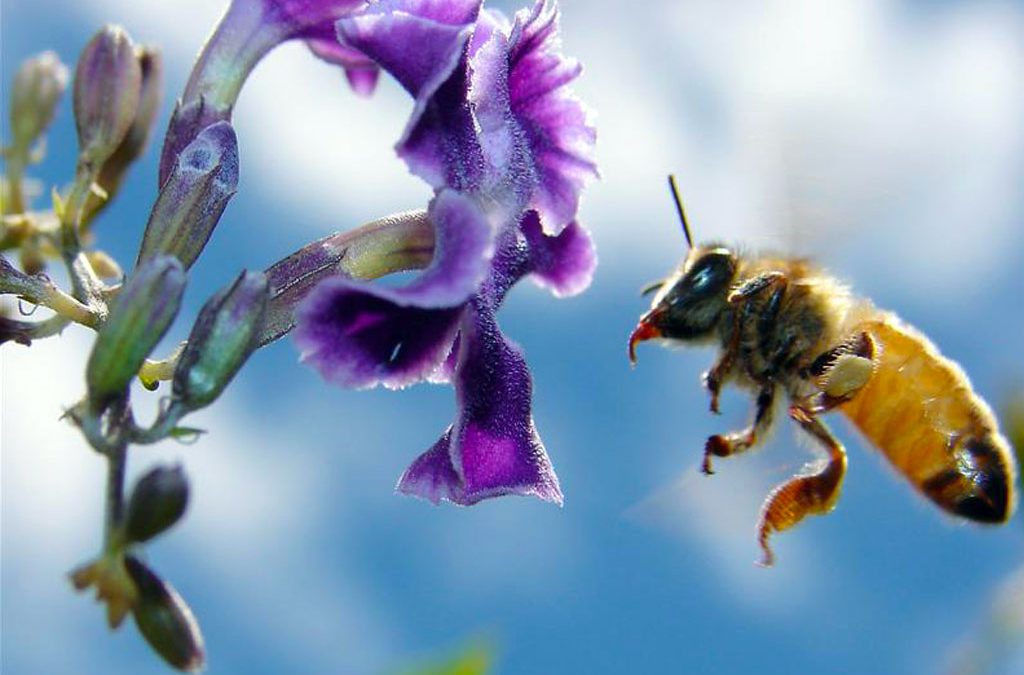 The honey bee (Apis mellifera) is responsible for approximately 80% of the pollination of fruits, nut, grains, and vegetables in the United States today. Honey bees are not native to North America; they were brought here by European settlers in the colonial days to pollinate their crops and for the products created or gathered by the honey bees-honey, propolis, royal jelly, pollen, and beeswax.

But their contribution to mankind does not end there. More recently, research indicates that honey bee venom therapy may ultimately provide treatments for a variety of medical conditions in humans, including arthritis.

The greatest value of honey bees is in their service as pollinators which far outweigh their value as honey producers. The honey bee is well adapted for pollination. Each colony contains thousands of individuals which are available to forage for the food (pollen and nectar) that’s required to rear their young. Like other bees, their sense of smell, eyes, mouthparts, and numerous branched body hairs are ideally suited for finding food sources, sipping nectar, and collecting and distributing pollen.

Honey bees visit a wide variety of flower types. In a single day, one bee makes 12 or more trips from the hive, visiting several thousand flowers. On each trip, it confines its visit to one plant species, collecting one kind of pollen.

Honey bees have a complex communication system that enables the colony to find and collect food with maximum efficiency. These characteristics make honey bees a most valuable agent for cross-pollinating crops.

Who would have though that such a tiny creature could have such a major influence on human welfare?