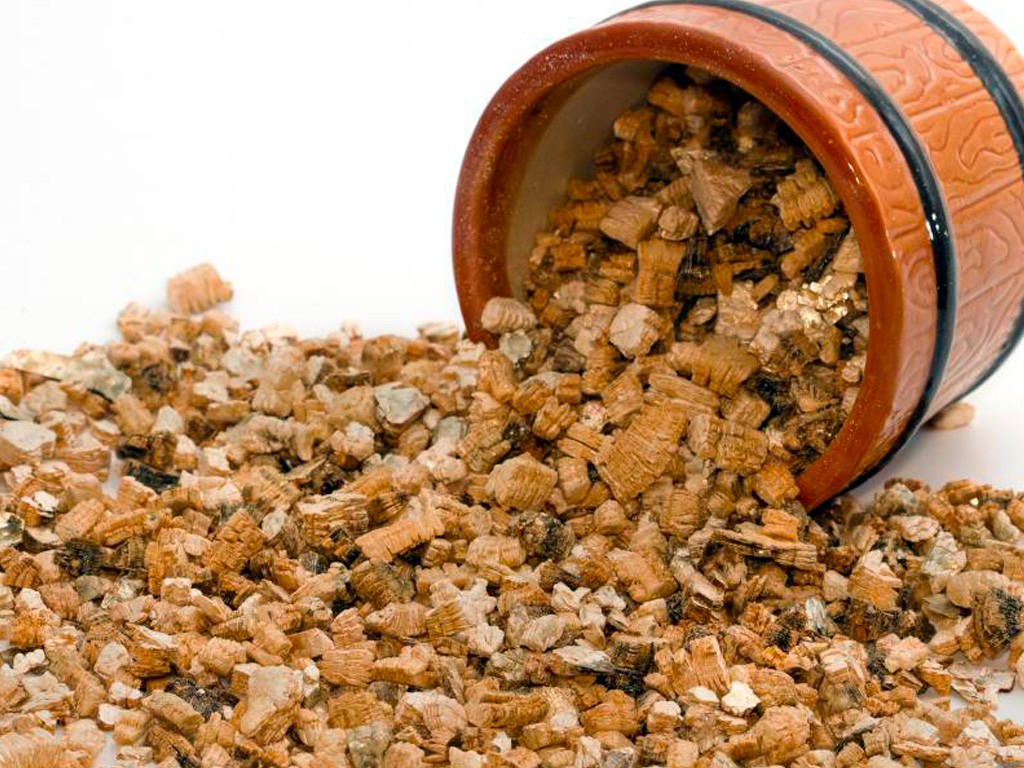 Vermiculite is similar to perlite, in that it is a mineral that is mined and heated to very high temperatures so that it expands.  It is used for its water-holding capacity, but it can become waterlogged.

The term vermiculite dates back to 1824 and comes from the Latin word, vermiculare, which means “to breed worms”.  This term describes the material’s texture after it has been heated.  Vermiculite is useful because of its excellent absorption capabilities.  There are currently active vermiculite mines in Russia, South Africa, China, and Brazil.

Vermiculite is a mineral that, in its natural state, forms a sheet and contains water.  It also contains some clay.  Vermiculite expands significantly when it is heated and becomes porous.  In the next manufacturing steps, vermiculite is mixed with other minerals and is pressed into a block.  It can then be used as insulation for a wide variety of applications from acoustic panels to hand warmers.

When vermiculite is mixed with other materials, such as coconut coir or peat moss, it is used in horticulture to start seedlings, or to store bulbs.

Vermiculite has countless other uses as well.  It can be mixed with concrete to reduce its weight, and to improve its fire ratings.  Its excellent absorption capability makes it useful in absorbing hazardous liquids for proper disposal.  The list goes on.

Vermiculite is not recommended for use in hydroponics because of its ability to retain water.  Growers find that the material retains water so well that it gets waterlogged, which invites bacterial and fungal growth.  This is counterintuitive in hydroponics, because the media is supposed to be sterile to prevent this very problem!  Vermiculite is also a non-renewable resource, meaning that it is not environmentally friendly.  An excellent alternative to vermiculite in hydroponics is coconut coir, which is sustainable and does not get soggy.

If after all of these warnings you still insist on using vermiculite, there are a few things you should know before using it.  Moisten the media before use, and mix it with something that has excellent airflow, such as perlite, to offset some of the inherent sogginess.  Consider only watering your plants a few times per week to reduce the likelihood of the media getting too soggy.